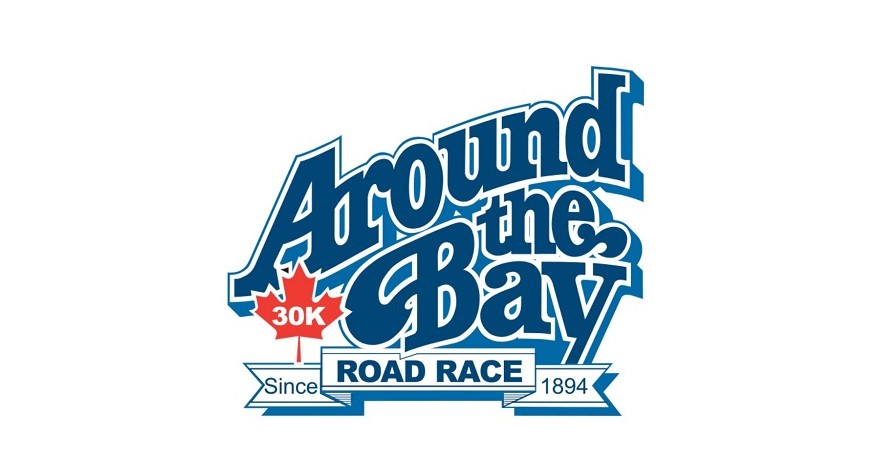 Around The Bay Road Race

The Around The Bay Road Race is back up and racing and Color Right Now is racing along with you as a key supplier of racing bibs, bike plates, banners, signs, flags, tear drop flags, course markers & backdrops for Ontario races as well as races all over Canada.

The Hamilton Herald Newspaper and cigar store owner “Billy” Carroll, originated and sponsored the first “Around the Bay Road Race”, run on Christmas Day, 1894. It is now the oldest road race in North America, older than the Boston Marathon which was born three years after the Around the Bay Road Race. The race tested the abilities of the finest long distance runners, but was also an avenue to lay down some bets.

The Around the Bay Road Race established Hamilton as a running mecca for long distance runners, and it was not uncommon for thousands of spectators to line the route to watch their local favourites start the race from the front of the Herald Newspaper Offices at 17 King Street West Hamilton.

In the early 1900’s, Jack Caffery and William Sherring battled it out and won two “Bay” races each. Caffery went on to stun the Americans by winning the Boston Marathon in 1900.

To add insult to injury, Hamilton’s William Sherring and Fred Hughson placed second and third, behind Caffery, making it a Canadian sweep. Caffery rubbed it in even further by coming back the next year 1901, to win Boston again.

Not to be outdone by Caffery, William Sherring went on to win the 1906 Olympic Marathon in Athens, Greece, making him a Canadian hero.

That same year, Tommy Longboat, an Onondaga from Six Nations near Caledonia, won the “Bay” race and the next year in 1907, surprised everyone by winning the Boston Marathon. Hamilton’s James Duffy also went on to win the 1914 Boston Marathon, after two Consecutive Bay wins.

The Americans gave the Bay race an International flavour when Sam Mellor and Mike Spring from New York each won the Bay race and then Boston in the same year. Frank Zuna, from New Jersey also won Boston in 1921 and then conquered the Bay in 1922 and 1923.

The Canadians arrived back in the spotlight when Gerald Cote, a Quebec soldier, won the Bay and Boston in 1943, and Jerome Drayton won the Bay in 1973, 1974 and then Boston in 1977.

Scotty Rankine holds the distinguished honour of seven wins, established in the late thirties and early forties, while Peter Maher won his fifth Bay race in 1996, tying the record of local Gord Dickson, who had five wins in the late fifties.

The Bay Race remained closed to women for 85 years, until Tersilla Komac came along. In the early 1970s Tersilla was suffering the painful, but temporary, effects of Bell’s Palsy, a condition affecting the facial nerve. Sleeping was difficult, so she took to walking to exhaust herself. Seeing runners going past, she thought “I’m going to start running too. Maybe it will make me even more tired.” She joined a group of men running out of the Burlington YMCA called ‘The Magnificent 7’, and began to run races with them.

The ‘Magnificent 7’ ran the Around the Bay Road Race annually, so in 1975 Tersilla decided to run it too. Women were not allowed to register in the race, but she just showed up at the start and ran along with all the men anyway, later saying “once it started, they couldn’t stop me” (she would use the same strategy when she ran the Boston Marathon). Police would not halt traffic for her, as they did for male runners, suggesting she had no place among them. Race officials were angry to see her finish. In 1976, running mate Gord McComb successfully registered Tersilla as simply ‘T. Komac’, procuring an official number tied to her name. Despite being the inaugural woman to run The Bay, she again crossed the finish line to no fanfare.

In 1979 the race officially opened to women, but family commitments prevented Tersilla from running Around the Bay a third time. At the 100th anniversary of the race she was given an honourary First-Woman trophy, and a bib with number ‘1975’. Today, those who run the oldest road race in North America each March are evenly split between men and women. Hamilton Museums and Heritage Presentation have created a plaque that will be installed at the 12.5km mark to honour Tersilla.

In 1997, the Bay race saw the closest finish ever, as Paul Mbugua of Kenya crossed the finish line in a time of 1:35:35, beating two other runners by a footstep.

In 2006 the Bay Race finish was moved indoors to the 15,000 seat FirstOntario Centre. Runners, family and friends are now able to view the finish in comfort. The Men’s record was broken in 2010, by Alene Reta 1:32:22 who shaved 28 seconds off Simon Njorje’s time. Lanni Marchant of London, ON broke the women’s course record in 2013 with a time of 1:44:40 by trimming 1 minute 35 seconds off Lioudmila Kortchaguina’s previous record of 1:46:15.

The Around the Bay Road Race continues to be full of tradition and excitement, and this year will be no exception.

REGISTER
for the 30K Road Race

SHOP
Color Right Now for all your race signage!